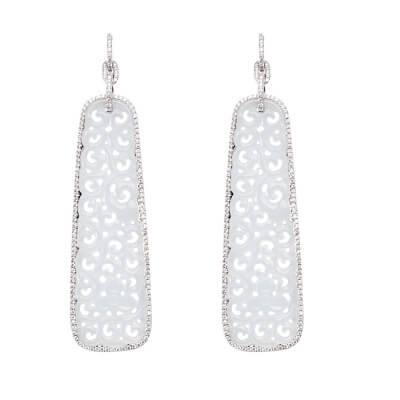 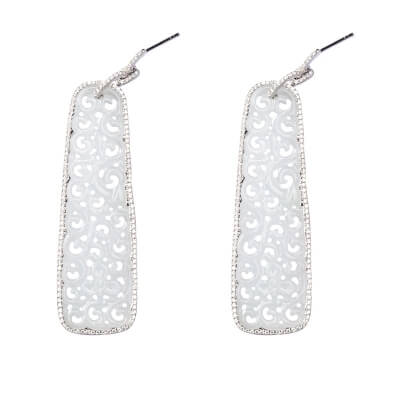 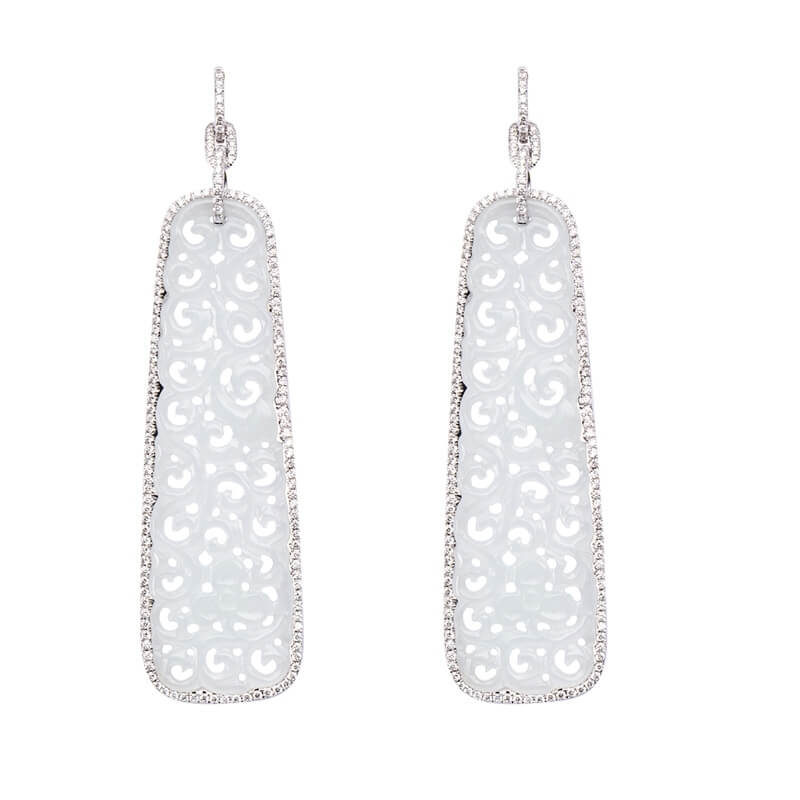 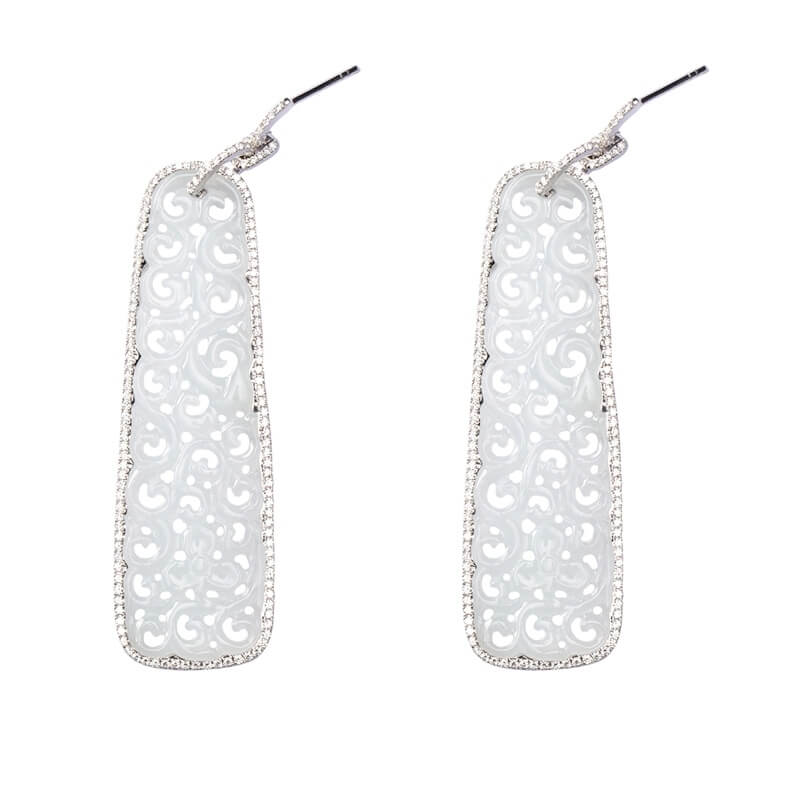 This piece has been hand manufactured by trusted and highly qualified craftsmen according to the best Italian goldsmith tradition using the latest technology. Alex Jona hallmark 404TO guarantees the origin of the product and the precious metal content is confirmed by the official gold hallmarks. All diamonds used are purchased from legitimate sources and conflict free. Only diamonds of the highest quality standard in terms of Clarity, Color and Cut are used. 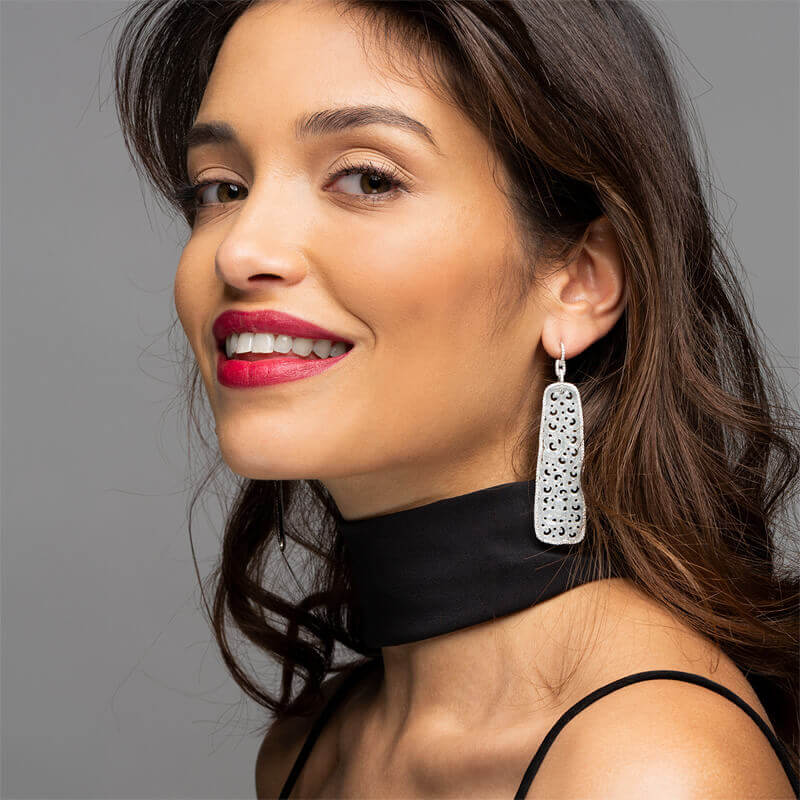 Rhodium comes from the platinum family and is a noble and durable metal which features a bright white color. Rhodium plating is used on silver, gold and copper gives an off-white color, creating a bright mirror-like finish.

More benefits of rhodium plating include enhanced brightness, scratch and tarnishing resistance. It is also hypoallergenic and nickel-free.

Diamonds are a form of the element carbon with a crystal structure. Diamond's great hardness relative to other materials has been known since antiquity, and is the source of its name derived from the ancient Greek ἀδάμας that means "unbreakable".

Diamonds are the hardest natural substance on earth and rate a 10 on the Mohs Hardness Scale. Diamond is also known as April's birthstone. They are thought to be first recognized and mined in India many centuries ago.

Four characteristics, known informally as the "Four Cs", are now commonly used as the basic descriptors of diamonds: Carat, Clarity, Color and Cut.

This system was developed by GIA (Gemological Institute of America), one of the major gemological associations internationally recognized to evaluate diamond characteristics.

The carat weight measures the mass of a diamond and the clarity is a measure of internal defects of a diamond called inclusions. GIA’s D-to-Z diamond color-grading system measures the degree of colorlessness: the finest quality as per color grading is totally colorless, which is graded as D color diamond across the globe, meaning it is absolutely free from any color. Last, the cut of a diamond describes the quality of workmanship and the angles to which a diamond is cut.

Jade has its cultural roots in the smoke-dimmed caves and huts that sheltered prehistoric humans. Around the world, Stone Age workers shaped this toughest of gems into weapons, tools, ornaments, and ritual objects. Their carvings invoked the powers of heaven and earth and mystic forces of life and death.

Jade is actually two separate gems: nephrite and jadeite. In China, a pierced jade disk is a symbol of heaven. Two different gem materials can correctly be called jade. Jadeite is one of them, and the other is nephrite. Both are actually metamorphic rocks made up of tiny interlocking mineral crystals. These interlocking crystals make both gems exceptionally tough.

Jadeite comes in a wide range of attractive colors: many shades of green, yellow, and reddish orange, plus white, gray, black, brown, and lavender (often a light purple or light grayish violet color). The coloration is often streaked or mottled, giving jadeite gemstones an interesting visual texture that carvers can use to create imaginative and intriguing effects.

Nephrite is also accepted as jade in the international gem and jewelry industry. It ranges from translucent to opaque and can be light to dark green, yellow, brown, black, gray, or white. Its colors tend to be more muted than jadeite’s, and they’re often mottled or streaked. Modern gemologists use the word “jade” as a generic term for both nephrite and jadeite. These gems have been linked throughout history.

Save products on your wishlist to buy them later or share with your friends.

No account? Create one here
Product added to wishlist